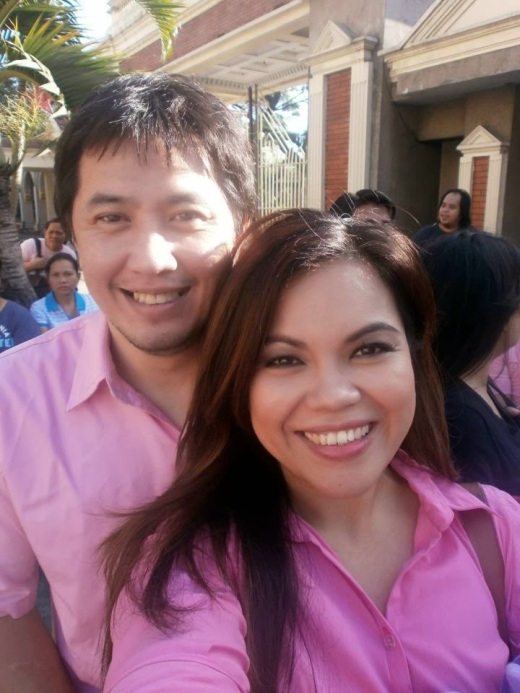 1. FROM AN ANONYMOUS WIFE who had been very upset her husband had been working six 12 hour days a week (at a very labor-intensive job) for over two months and wanted more time with him:

The craziest thing just happened!! My husband just walk in and said he quit his job. He has never ever in his life quit a job or anything else for that matter. He is the hardest working man I know. And he is as happy as he can be. I know this sounds bad but I really don’t think it is. He will now have time to complete his legal things from his injury and take a career job. He couldn’t do that until after March 21st which is why he took this job temporarily. The old me would have freaked out big time! And even if I agreed, I would have asked him a million questions until he was mad. But I just told him that I supported his decision. I am trusting that God has another plan.

Here is the part that I didn’t say about the job. Maybe I just didn’t want to admit it… But I am the one who picked out this job.

He told me not to look for jobs for him and to let him handle it but I didn’t stop and then I found this one and badgered him to call about.

He didn’t want to at first but finally he did probably to shut me up and he was hired immediately. ….sigh…. We see how good that worked out when I took control….

I find more bitter than death the woman who is a snare, whose heart is a trap and whose hands are chains. The man who pleases God will escape her, but the sinner she will ensnare. Ecclesiastes 8:26

2. FROM NIKKA (pictured above): www.peacefulwifephilippines.blogspot.com

I was an extremely controlling girlfriend/wife before the Lord convicted me of my sins. As a married woman, between 2009 to 2011, my most controlling phase; I was the family’s primary provider and leader.

During this time, Dong was in and out of jobs. He worked for the Business Process Outsourcing industry, or what the Philippines normally calls the “Call Center” industry. He was a voice/non-voice agent and then a quality analyst later on. He worked the night shift and would come home in the morning spent and stressed from answering phone calls and appeasing irate clients. He hated his job but he felt that he had to do it since there was no option at that time for another job.

He has always been a businessman at heart. Even as a young adult, he would venture into small businesses – a VHS rental shop, a computer ink refilling shop, making of calling cards, etc. He loved selling things. But, he felt that my idea of a provider was to be an employee… and so he worked as one for me.

When he quit from his job due to extreme stress (He was already becoming depressed, having insomnia, and hyperacidity daily.), I got mad. But I did not show it. I felt that it was so irresponsible of him to quit just like that! I did not care if he was sick, I still felt that it was a selfish decision. (See how prideful and judgmental I was then?

Whenever he was out of a job, I would be there to “rescue” him. I would look for job openings and shove it to his face. When he lost his job at the call center, I looked for job openings for him immediately. This was not the only time I forced him to apply for a job though. I had a history of prodding him to apply for jobs, short of going to the job interview myself! I thought I was being encouraging. I did not know then that I was being controlling and disrespectful.

1)     As a computer programmer. 2002. We were not even married yet at this time. I saw this ad on the papers. I felt that since he was adept at computers, (He was a gamer and he was really good with fixing our PC, etc.) he should give it a shot. In it, the ad read that “KNOWLEDGE OF Auto Cad A+”, I think it was. I read it to mean that it was a plus to know that particular program, but it was not necessary.

He went to the job interview. They asked him to go straight to the computer. They asked that he draw using his knowledge on Auto Cad A+ on that computer!!! The A+ did not mean knowledge of it was a plus, it was really a specific skill!!! A+!!! Yikes! Dong just stared at the monitor, fiddled with the mouse and drew a pathetic figure. He had no knowledge of that computer program!!! The interviewees even had to ask, “Are you okay? Do you know what you are doing?” To which he said,

“I am sorry. I have no idea what it is you are asking me to do. My wife just sent me to this job interview.”

2 ) As a sports announcer. 2005. My husband was once a basketball TV host. He was such for around two years. He felt that he was not good at it, sometimes flubbing his lines, but I saw an ad for a basketball halftime announcer, and I prodded him to apply for it!!! He did. For me.

When he went to the venue, he was embarrassed. People there were 10 years his junior! People who were in line with him in that job interview recognized him and even asked what he was doing there. They were looking for a certain type within a certain age, and he was overaged for the job. He went home humiliated, his self-esteem deflated.

3)     As a sports reporter. 2011. I knew that there was an opening in a big TV network, being from the broadcasting industry myself. So, I made the calls, did the rounds, and informed Dong that so-and-so was already waiting for his resume. He just had to turn it in. This, before I even asked if he wanted to apply for such a job!

I felt that he would enjoy it and be good at it. I felt that he was qualified for it. He applied, and he was hired immediately. I knew it! I was on the dot on that one. He was fit for the job! Yay! Pat on the back for me. He did it again for me.. See a pattern here?

He went at it for three months. Three months of 12 to 14 hours workload, going out of town for coverages, only going home to sleep and then off again to work. He looked miserable but I kept on egging him on. “You can do it!”; “Just focus!”, I would cheer.

Then one night, he texted me from work. The text: “We have to talk.” I knew it. He would quit…again.

I was not prepared for the emotional outburst he did as soon as he went home. He was nearly screaming, which was very unlike him because my husband is mild-mannered and even-tempered. He became very emotional as he was telling me about his hurts:

That was the beginning of the change in me.

Seeing my husband in that state of brokenness, I told the Lord to help me view the situation differently and to make the most of it, since it seemed that I could not change Dong. I could not understand him! But, I did love him. So, I would try to be patient with him. That was in late 2011. That was enough for the Lord to implant a seed in my heart…

The Lord convicted me of my sins of disrespect, pride and everything else in September 1, 2013.

That was when I let go and let God; when I submitted fully the Lord and then to my husband. And the rest, as they say, is history…

You can read about all the wonderful, miraculous things that have happened and that are happening to my marriage in April’s blog or in my own Peacefulwife Philippines blog.

I would love to see us support, affirm, encourage and show confidence in our men as they search for jobs. And I would also exhort us all to allow our husbands freedom to choose their own jobs for themselves. The motivation to go to a job is strongest if the person who has to do the job has that motivation in himself, not if he feels coerced into a job he hates.

Some men may appreciate their wives helping them look up jobs online. That is fine – if your husband asks you for help, you can help him. But my suggestion is not to pressure or try to force him into something.

If your husband is unemployed and trying to find work, or he is disabled – that is a VERY, VERY difficult thing for most men to deal with. It can be, according to some counselors, “more difficult for a man to face unemployment than terminal cancer.”  I know I did not fully appreciate this during the first 6 years of our marriage when Greg was looking for an engineering job. That was very hard on him and I had no idea how to bless him or approach this issue back then. I am sure that what I did pushed him further into depression at that time. 🙁

As we show genuine faith in our husbands – often – that is the most powerful thing we can do – give them inspiration not condemnation. There may be times we find out about a job they may be interested in. I think it may be a good idea to share leads we know of – but then we can allow them to make the decision.

**  If there are major issues in your marriage – please seek godly, wise, biblical counsel!

We would love to hear your insights on this important issue!

Do any of you have stories that relate to this? What have you learned? What has your husband said?

From Clark Kent to Superman

What Speaks Respect to Husbands?

Signs Your Husband May Be Feeling Disrespected in Your Marriage

Nikka’s 2nd Interview with Her Husband