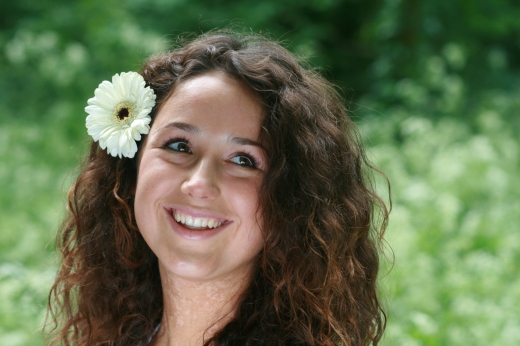 This is part of a conversation between myself and a sister in Christ who is struggling to articulate her emotions, thoughts and ideas in her marriage.   Her husband wants her to talk and to share her heart and mind with him – but that is very challenging for her.  This is an open dialogue.  I am not an expert.  If you are struggling with this issue, please feel free to share your feelings and thoughts – struggles and victories.  I’d love to hear from you!  (my words are in blue.)
Hi April,

I think you’re right that I probably need time to process & consider things before responding, especially emotionally laden things.   Ok, so I’m going to tackle your questions/comments again .  Thanks for listening!

I’m ok with the personality bit (ie. I don’t long to be more extroverted/social/etc), but I’m thinking that the habit side of it is probably negative–coming from my insecurities, unwillingness to trust others (trust God even?) –and damaging.  That’s what I need to change.
Here are some posts on  “Insecurity” and “Security”  that may be very helpful.
Not always.
I wonder if my dad being so dominant and strong in his opinions with little room for anyone having differing opinions, I just got used to being told what to think/believe, and gave up my independence in this area.
It makes for more peace in the moment (people pleasing?), but doesn’t help me out in the long run.  I would love to hear how other wives are able to learn to know their own minds and share their thoughts.

Some wives believe that it is not ok for them to say how they feel.  Sometimes they get angry at  others because they feel like  people don’t want them to talk – even though no one else has ever said, “It’s not ok for you to speak your mind and heart.”
Sometimes, very quiet wives think about things for days, weeks, months or longer…  saying nothing, and then explode  in anger and no one even had a clue that they were upset before that.
This “finding your voice” is not always a graceful or beautiful process.  At first, sometimes very quiet, non-communicative wives eventually get too angry because they don’t talk about their feelings soon enough.
It is a process of overshooting to be too quiet, then overshooting the other way and being too harsh/aggressive, then back and forth until they find a more balanced place.   I had to do the same thing – from the opposite side of the spectrum.
I told Greg way TOO much and at first on this journey, I became too quiet.  I had to go back and forth to figure out where the healthy place was.  It took time!
Telling the truth is SCARY if you think it is not safe to do so.

Healthy relationships are places where it is safe to say what you feel and think and what you want.

I think I’ve ended up emulating my dad in many ways.  Which has led to so much disrespect for my husband because I get stuck on doing things my way, which is, of course, the “right” way as it’s the only way that makes sense and works.
Why wouldn’t he want to go along with my way?  And then we get no where, just butting heads, because we’re coming at the issue from two opposing directions with different goals and so can’t make any progress.

And all this time I had no idea I was sinning, rebelling against God and my husband’s God-given authority.  I thought I had our best interest in mind and was doing what was best for us and could never understand why my husband didn’t see that and just kept doing things his way and messing everything up.  It never occurred to me that I was the one messing things up!

Are you able to cry or feel sad feelings now?

I am able to cry/feel sad feelings now.  Even growing up I was able to, but just couldn’t let on about them.

I’m not sure if that’s part of people-pleasing, that I didn’t want to make others uncomfortable, but I guess it does relate to one of the unhealthy boundaries you describe in “Control and Boundaries”–feeling responsible for others emotions.

Feelings are not weak.  They just are.  They are not wrong.

God gives us feelings as flags.   Anger can tell us if we are being violated in some way sometimes.  It’s important to listen to our feelings. They are not the most important thing in the world, but they are important!   And sharing your perspective, needs and desire is important!

The kinds of things I would hold back from him are generally negative feelings, something that I’m upset about and probably also upset that he doesn’t realize I’m upset and know what caused it.  So immature. My feelings would be hurt in some way and rather than saying “I feel x because of y.” I just stew.

I think I try to deny or push away the feeling

But the fact is, I truly would feel that way and couldn’t escape it and would then, I suppose, blame my husband for making me feel that way
Red alert!
Unhealthy boundary–he’s not responsible for my emotions!.
But I still probably wouldn’t address it with him, just continue to stew, but by now it’s obvious to him that something’s wrong so he’d ask him.  I’d say “Nothing.”  He’d push and I’d say “I don’t know.”
And I think sometimes I really truly didn’t know!  I don’t know if I couldn’t get past the negative feeling to see what was causing it or what, but, of course, he couldn’t accept that I didn’t know what was wrong.
That doesn’t make any sense that I would be upset and not even know why.  And it doesn’t make sense, so how could I explain it to him?
It’s ok to say, “I feel upset.  I am not exactly sure why right now.”
You may have to tell him, “I have been suppressing my feelings for so long, that it is going to take me some time to figure out how to listen to them and understand them.  I will just need a bit of extra time to know what I am thinking.  Thanks for understanding and for being so patient with me.”

If you say “nothing is wrong” when you actually are upset – that is not honest.

And other times I might know what was wrong, but I still couldn’t bring myself to tell him.  And I don’t even know entirely why.
I think because it’s just so hard to claim ownership of negative feelings toward/about someone else–the emotion itself is so uncomfortable; I don’t want to upset the other person; I don’t want to be rejected; I don’t want to be wrong; I don’t know how to explain/defend my feelings.
You end up losing intimacy.
Sharing feelings, even negative ones, is vulnerable.  And vulnerability is a requirement of intimacy.  Emotional intimacy requires us to be “emotionally naked.”

I would end up making a huge deal of something that was probably pretty small and should have been easily dealt with.
I can totally understand how frustrating this was/is to my husband, that I have this wall up that he can’t get through.
And, you know, I think part of me is upset that he hasn’t gotten through it.  I don’t know how to do it.  If he loved me, he’d figure it out and save me from myself, right?
Again, unhealthy boundary–I’m holding him responsible for my emotions, my happiness, feeling he should be able to control me since I can’t, and am then hurt and disappointed when he can’t, either, which probably just reinforces that wall and my inability to communicate openly with him.
Wow.  I never realized I had such unhealthy boundaries.  Even reading that post, I didn’t see it until just now as I’m writing to you.
Ok, I think I’ll stop there.  This is really eye-opening, April, and I really do so much appreciate your willingness to be a sounding board for me and give me your feedback.
God has given you a lot of wisdom and a gentle and patient spirit that shines through in your words.  Thank you.  And I thank God for you, too.

RELATED:
The Snare of People Pleasing
A Wife’s Authority in Marriage