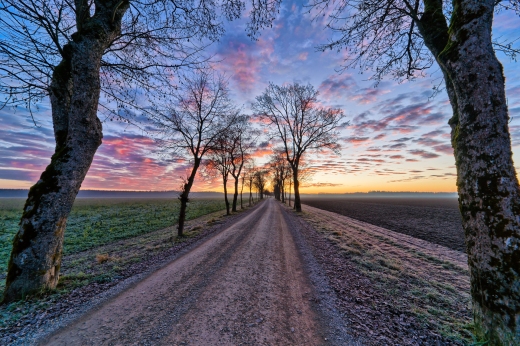 I feel led to share my story of forgiveness with you so that maybe you will have hope that God truly can move a hurting heart to forgive….so here it is…

My father died when I was 6 years old in a car accident. My mother began a relationship shortly after he died with a man who ended up being addicted to drugs and eventually left with all of the settlement money from my dad’s death.

The second man my mother met was physically abusive to her after a year into the relationship. She loved him so she stayed and when I was 11 years old he began to sexually abuse me. I told my mother what was happening but instead of stopping it or asking him to leave she began to beat me regularly and force me to go off alone with him. The abuse went on for about 2 years in which time he also began to physically abuse all of us, not just my mother. My mother continued to stay with him and allow him to hurt me, my older brother and my little sister. It all came to a head when I was 13 and one of the beatings he gave my mother broke her neck within a hairline of her being paralyzed for life.

While she was in the hospital in traction someone called CPS and they came and found out about all of the abuse. They told my mother if she wanted to keep her children she would have to leave this man.

Instead she married him lying there in the hospital bed.

We were sent to live with our grandparents and life went on from there.

I tell you all of this because for years I carried hate in my heart for my mother. I could never understand why she allowed us to hurt so much. I couldn’t speak to her and I couldn’t see her without all of the pain from my childhood coming up.

Then, 6 years ago Jesus came into my heart.

One night not long after I was saved, I begged God to remove the bitterness and the pain of those years.  I asked Him to let me see my mother as He sees her and to allow me to love her.

I am so excited to tell you that today my mother is one of my best friends.

I see a broken woman who lost her husband and the father of her children too early. I see bad decisions and guilt that she has to live with every day of her life. I truly love her and I am enjoying the healed relationship so much. Only Jesus could have made this possible. Only He could take a kid who should have been emotionally broken for the rest of her life and make her into someone who seeks to heal hurting families.

I don’t know what hurt you have or what your person did to you but I can promise you that God is so good at forgiveness that He makes it easy for us.  All we have to do is ask. I am praying that your story turns out as successful as mine.

Jeremiah 29:11 For I know the plans I have for you,” declares the LORD, “plans to prosper you and not to harm you, plans to give you hope and a future”.

14 For if you forgive other people when they sin against you, your heavenly Father will also forgive you.

15 But if you do not forgive others their sins, your Father will not forgive your sins.  – Matthew 6

Forgiveness sets US free and empowers us to experience the abundant life God has for us.  Forgiveness is not easy.  It is something we must have God’s Spirit to help us to do many times.  And sometimes it is a process of continually making the choice to forgive whenever the offense comes to mind.  Unforgiveness is a major sin in Jesus’ sight – and He gives us NO exceptions to the command for us to forgive.  That doesn’t mean we have to trust someone.  But Jesus DOES call us to forgive.  No matter what the offense. My forgiveness of others is a prerequisite to God forgiving me.

I actually felt entitled to hold on to unforgiveness for years earlier in our marriage,  but then I realized that I cherished my bitterness more than intimacy with Christ.  And, really, I was putting myself ABOVE God as if I had the right not to forgive something that God chose to forgive.  I had to choose Jesus or bitterness.  I could not have both.  Bitterness had become an idol for me.  The problem is, it is a toxic poison – it grows and spreads and eventually destroys the one who clings to it and serves it.

Forgiveness is the wisdom and power of God.

21 Then Peter came to Jesus and asked, “Lord, how many times shall I forgive my brother or sister who sins against me?Up to seven times?”

22 Jesus answered, “I tell you, not seven times, but seventy-seven times.

23 “Therefore, the kingdom of heaven is like a king who wanted to settle accounts with his servants. 24 As he began the settlement, a man who owed him ten thousand bags of gold (millions of dollars) was brought to him. 25 Since he was not able to pay, the master ordered that he and his wife and his children and all that he had be sold to repay the debt.

26 “At this the servant fell on his knees before him. ‘Be patient with me,’ he begged, ‘and I will pay back everything.’27 The servant’s master took pity on him, canceled the debt and let him go.

28 “But when that servant went out, he found one of his fellow servants who owed him a hundred silver coins (a much smaller sum than what this servant had been forgiven). He grabbed him and began to choke him. ‘Pay back what you owe me!’ he demanded.

29 “His fellow servant fell to his knees and begged him, ‘Be patient with me, and I will pay it back.’

30 “But he refused. Instead, he went off and had the man thrown into prison until he could pay the debt. 31 When the other servants saw what had happened, they were outraged and went and told their master everything that had happened.

32 “Then the master called the servant in. ‘You wicked servant,’ he said, ‘I canceled all that debt of yours because you begged me to. 33 Shouldn’t you have had mercy on your fellow servant just as I had on you?’ 34 In anger his master handed him over to the jailers to be tortured, until he should pay back all he owed.

35 “This is how my heavenly Father will treat each of you unless you forgive your brother or sister from your heart.”

A  Story of Forgiveness (a woman forgives a very controlling mother)

Exploring the Depths of Bitterness

Bitterness is Contagious and Toxic